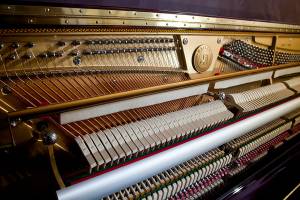 Since 1981, Bernstein Pianos have offered Australians high performance instruments at affordable prices. The European parts and quality design of a Bernstein piano ensure great playing enjoyment for pianists of all levels. In March 2006, the new Bernstein ‘Hailun’ series announced its launch of exceptional grand and upright pianos throughout Australia.

The ‘Hailun Company’ was originally the Ningbo Piano Parts Factory.  What began as an independent company in 1986 that produced the most sought after, highest quality parts for pianos all over the world has evolved into an Award winning piano manufacturer.

‘Hailun’  has the newest and most advanced technology available to the piano industry to produce their exceptional Musical instruments.  With more than 20 years of successful manufacturing experience, Hailun has become the standard for Chinese piano manufacturing.  ‘Hailun’s’  430,000 square foot factory employees over 800 workers.

Since 2001, Hailun has invested heavily in Japanese digital equipment and production lines.  During this productive year, Hailun also joined with Peter Veletsky a prominent fourth generation Viennese craftsman. Hailun’s precise production methods and the exceptional skills and long family tradition of Mr Veletsky, established a Philosophy of producing pianos that is second to none. 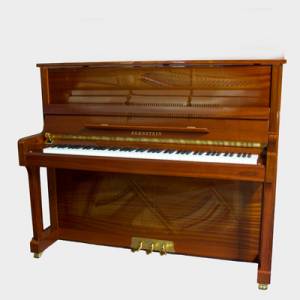 This non compromising insistence to achieve maximum quality and product excellence has made ‘Hailun’ the piano choice of thousands all over the world.

With an astonishing over 80% of this factory’s production is exported to USA, Europe and Japan including the Bernstein ‘Hailun’ Series in Australia and received international praise and acclaim.

In 2005, CCTV reported that ‘Hailun’ Pianos had entered into the mainstream piano market with a quality instrument that meets European standards. Prestigious European owners such as the University of Music, Austrian University of Music Brussels Conservatories, Paris Chamber, Henry wood Hall London , Wien Music Seminar Vienna Music Verein, Vienna are experiencing the quality and performance of Hailun.With more than 260 piano dealers in Europe, more than 40 dealers in Japan, and a growing dealer network in the United States, the Hailun company is a global influence in piano manufacturing.

On August 16, 2005 the Hailun company featured the first Chinese-made concert grand piano in the Viennese Golden Concert Hall for a German peace celebration.

Today, Piano Magic offers that same quality instrument to you from its showroom at 79 Belgravia St  Belmont , Perth.

In 2006, the Hailun piano receives an award “China’s Top Brand Name”. This award, presented only once every three years, has only been awarded to three other manufacturers of China’s 200 piano producing companies’. This marks the First time that a privately held non-government company has been awarded this very distinguished honor.

In August, 2008 Hailun supplied the Grand Piano which, was the only modern musical instrument manufacturer to be featured in the opening ceremony of the Beijing Olympic games.

These awards are for China top brand name , National Emphasized High-Tec Company and Digital control throughout the production line certificate. The company is very proud of these awards.