How to prevent moths in your piano

Blog / How to prevent moths in your piano 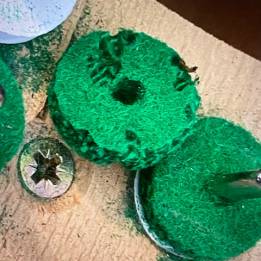 It’s incredibly important to tune your piano regularly. If your piano is not being played, then we’d recommend not leaving if for any more than 2 years.

On a recent tuning trip, I was asked to tune a 12 year old piano. I had previously been tuning it quite frequently – but changes in the family meant that it wasn’t being used as often, so now I head out there every 2 years!

While tuning the piano, I noticed in the break of the keys, a moth hole. It was located in the back touch felt. 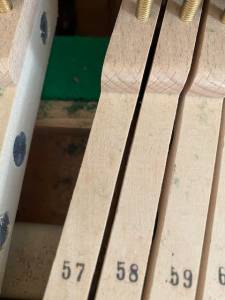 Point at which moth damage was initially spotted.

We discussed the next steps, and recommend that I take out the keys and vacuum out under the keys and spray the bed surface with spray.

Once the keys were removed, I unfortunately discovered more damage than first showed. 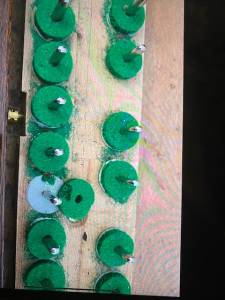 Touch felt once the keys were removed. 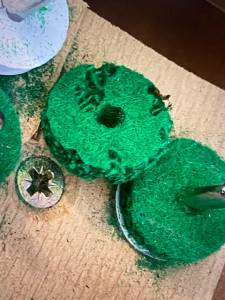 The extent of the damage really just goes to show how important it is to get your piano tuned as regularly as possible, and at least every 2 years if it hasn’t been played.

If this piano had been left another year, the front touch washers and back touch felt would have needed replacing – an endeavour costing around $1,650. I was able to clean it up, put the keys back and save the customer a big headache! 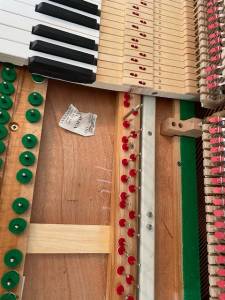 Thanks for reading! Feel free to call me to discuss your next piano tuning!